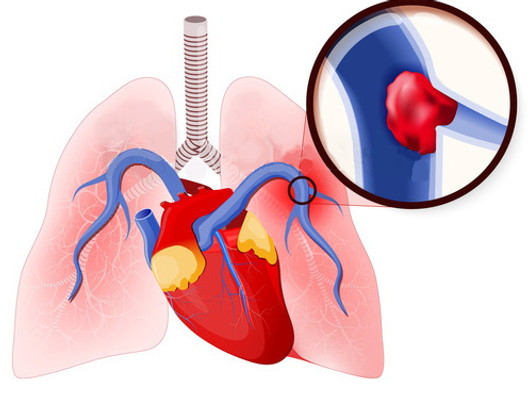 A saddle pulmonary embolism is a clot that forms in the leg and then travels to the lungs, where it lodges in the arteries. This can cause serious problems, including difficulty breathing, chest pain, and even death. Treatment typically involves anticoagulant medication and/or surgery to remove the clot.

Pulmonary embolisms are relatively common, but most are small and cause few symptoms. However, a saddle pulmonary embolism is much larger and can block blood flow to a large part of the lung. This can lead to serious consequences, such as difficulty breathing, chest pain, and even death.

Treatment for a saddle pulmonary embolism typically involves anticoagulant medication to prevent further clots from forming, as well as surgery to remove the clot.

There are many different factors that can contribute to the formation of a saddle pulmonary embolism. One of the most common is a blood clot that forms in the legs or pelvis and then travels to the lungs. Other causes include fat deposits, air bubbles, and pieces of tumor that break off and travel through the bloodstream. In some cases, the cause is unknown.

Risk factors for developing a saddle pulmonary embolism include immobility (such as being bedridden), cancer, pregnancy, heart disease, and obesity. People with any of these conditions are more likely to develop blood clots, which can then travel to the lungs and block blood flow.

A saddle pulmonary embolism (SPE) is a serious condition that occurs when a blood clot blocks the main artery to the lungs. The clot usually forms in the leg or hip and then travels to the lungs. SPE is a medical emergency and can be fatal if not treated immediately.

SPE is diagnosed by performing a computed tomography (CT) scan of the chest. The CT scan will show the clot in the artery and any damage to the lungs. In some cases, an MRI or echocardiogram may also be done to confirm the diagnosis.

If you think you or someone you know may have SPE, it is important to call 911 or go to the nearest emergency room right away. Treatment for SPE usually involves giving medications to dissolve the blood clot and prevent new clots from forming.

Anticoagulants are medications that prevent the formation of blood clots. This can help to prevent a saddle pulmonary embolism from getting worse. Thrombolytics are drugs that dissolve blood clots. This can help to improve blood flow and reduce the risk of complications from a saddle pulmonary embolism. Surgery may be necessary to remove the clot and improve blood flow.

If you have a saddle pulmonary embolism, it is important to seek medical treatment right away. The sooner you begin treatment, the better your chances will be for a successful recovery.

There are several ways to prevent saddle pulmonary embolism. One is to avoid sitting or lying down for long periods of time. If you must sit or lie down, try to move around every few hours. Another way to prevent saddle pulmonary embolism is to wear loose-fitting clothing and avoid constrictive clothing such as belts and girdles. You should also avoid crossing your legs. If you are overweight, lose weight gradually. And if you smoke, quit smoking.

A pulmonary embolism (PE) is a blood clot that develops in the vessels of the lungs. The most common type of PE is saddle embolism, which occurs when the clot blocks blood flow to both lungs. Saddle embolisms are considered to be a medical emergency because they can potentially be fatal.

The prognosis for a patient with a saddle pulmonary embolism depends on many factors, including the size of the clot, the patient’s overall health, and how quickly treatment is received. In general, patients who receive prompt and appropriate treatment have a better chance of survival than those who do not.

Once the clot is removed and blood flow is restored to the lungs, most patients make a full recovery. However, some patients may experience long-term complications such as lung damage or anxiety disorders.

A saddle pulmonary embolism (SPE) is a serious condition that occurs when a blood clot lodges in the main artery of the lungs. This can cause blockage of blood flow to the lungs and low oxygen levels in the blood. SPE is a medical emergency and can be fatal if not treated promptly.

There are several treatment options for SPE, including thrombolytic therapy, surgery, and placement of a vena cava filter. The most appropriate treatment will depend on the individual patient’s situation.

SPE is a potentially life-threatening condition, but prompt treatment can improve the chances of a good outcome. patients should be aware of the signs and symptoms of SPE and seek medical help immediately if they suspect they may have this condition.