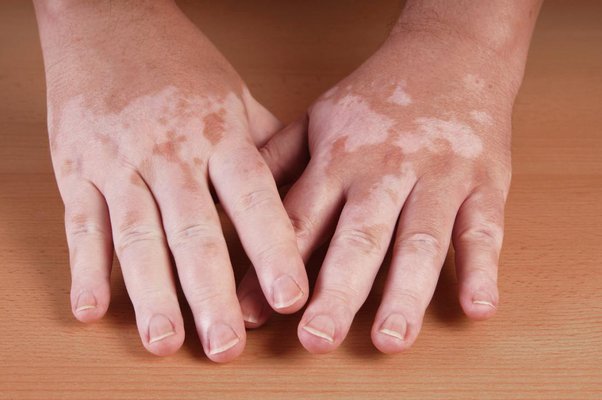 Hypopigmentation is a medical term used to describe the lightening of the skin. It can affect people of any skin color and can be caused by a variety of conditions, including vitiligo, albinism, and certain types of anemia. Hypopigmentation can also be a side effect of certain medications or treatments, such as chemotherapy. In most cases, hypopigmentation is not harmful and does not require treatment. However, some people may feel self-conscious about the changes in their appearance and seek out treatments to restore their original skin color.

There are many possible causes of hypopigmentation, including vitiligo, albinism, and certain skin conditions. Vitiligo is a condition in which the body’s immune system attacks the pigment-producing cells, causing them to die. This can result in patches of pale skin. Albinism is a genetic condition that affects the production of melanin, the pigment that gives skin its color. People with albinism may have very pale skin and hair. Certain skin conditions, such as eczema or psoriasis, can also cause hypopigmentation. In these conditions, the affected areas of the skin may be lighter in color than the surrounding tissue.

There are a few options for treating hypopigmentation, depending on the cause. For example, if hypopigmentation is caused by an autoimmune disease like vitiligo, there are medications that can be taken to help stop the spread of the depigmentation. These include corticosteroids, calcineurin inhibitors, and PUVA therapy. If the hypopigmentation is due to a skin injury or inflammation, it will usually go away on its own with time. However, there are also treatments that can help speed up the process, such as topical steroids or radiation therapy. In some cases, surgery may also be an option.

There are several risk factors for hypopigmentation, including:

-Exposure to certain chemicals or drugs: Chemicals such as bleaching agents, hydroquinone, and tretinoin can cause hypopigmentation. Certain drugs such as antimalarials, quinine, and chloroquine can also cause this condition.

-Diseases: Diseases such as vitiligo and albinism can cause hypopigmentation.

There are several potential complications associated with hypopigmentation, including an increased risk of sunburn, skin cancer, and social stigmatization.

Sunburn is a particular concern for people with hypopigmented skin, as they are more susceptible to ultraviolet (UV) radiation. Skin cancer is also a concern, as the lighter pigmentation provides less protection from the harmful effects of UV radiation.

Social stigmatization may occur if hypopigmentation is extensive or if it affects visible areas of the body such as the face. People with hypopigmentation may be perceived as being sick or unhealthy, which can lead to discrimination and isolation.

If you experience hypopigmentation or a loss of skin color, you may wonder when you should see a doctor. Here are a few scenarios when it’s time to seek medical attention:

-Your hypopigmentation is accompanied by other symptoms, such as itching, pain, or blistering.

-The hypopigmented areas are spreading quickly.

-You have no idea what might be causing your hypopigmentation.

Of course, if you’re ever concerned about your health or the appearance of your skin, it’s always best to consult with a doctor. They can help determine the cause of your hypopigmentation and recommend the best treatment options.

The effects of hypopigmentation

If you have hypopigmented patches on your skin, it’s important to see a dermatologist for a full-body exam. Early detection is key to the successful treatment of any type of skin cancer.

Overall, hypopigmentation is a harmless condition that does not require treatment. However, if you are concerned about the appearance of your skin, there are a number of treatments available. Talk to your doctor about your options and find the best solution for you.