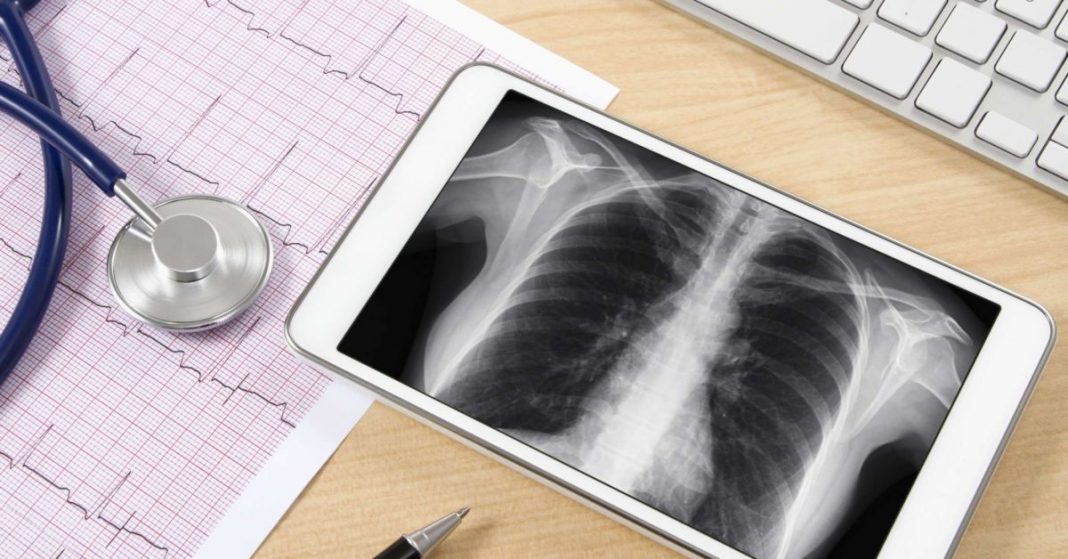 Centrilobular emphysema is a type of emphysema that affects the small air sacs in the lungs, known as alveoli. The alveoli are responsible for exchanging oxygen and carbon dioxide between the lungs and the bloodstream. In centrilobular emphysema, the alveoli are damaged and become less elastic, making it difficult for them to expand and contract during breathing. This can cause shortness of breath, coughing, and other symptoms.

There are many possible causes of centrilobular emphysema, but the most common cause is smoking. Cigarette smoke contains harmful chemicals that damage the lungs and make it difficult for them to function properly. Other possible causes include exposure to secondhand smoke, air pollution, and certain occupational exposures. People with a family history of lung disease may also be at increased risk. Treatment for centrilobular emphysema typically focuses on helping the person quit smoking and managing the symptoms. In some cases, oxygen therapy or surgery may be necessary.

There are a few key symptoms of centrilobular emphysema that patients should be aware of. First and foremost, centrilobular emphysema results in shortness of breath. This is due to the loss of elasticity in the lungs, which makes it difficult for oxygen to be properly absorbed. Additionally, patients may also experience a chronic cough, wheezing, and fatigue. In more severe cases, centrilobular emphysema can lead to heart failure and respiratory failure. If you are experiencing any of these symptoms, it is important to see a doctor as soon as possible for proper diagnosis and treatment.

In general, centrilobular emphysema is diagnosed in one of two ways: either by a chest x-ray or a computed tomography (CT) scan of the lungs. A chest x-ray will usually reveal an increase in white space in the lungs, while a CT scan can more specifically locate areas of damage to small air sacs called alveoli. In some cases, doctors may also opt for a lung biopsy in order to confirm their diagnosis.

There is no definitive answer for the treatment of centrilobular emphysema. Treatment typically depends on the underlying causes and severity of the condition. In some cases, lifestyle changes such as quitting smoking may be all that is necessary to improve symptoms and slow disease progression. In other cases, more aggressive treatment may be necessary. This can include oxygen therapy, pulmonary rehabilitation, and surgery. Surgery is typically reserved for those with severe diseases who have not responded to other treatments.

There is no definitive answer to this question. However, some possible preventative measures include quitting smoking, avoiding secondhand smoke exposure, and reducing air pollution exposure. Additionally, treating other underlying lung conditions (such as asthma or COPD) may also help prevent the development of centrilobular emphysema.

There are several risk factors associated with centrilobular emphysema, including:

-Smoking: This is the most important risk factor for centrilobular emphysema. Cigarette smoke damages the lung tissue, causing it to break down and leading to an accumulation of air in the alveoli.

-Age: The risk of developing centrilobular emphysema increases with age. This is likely due to the cumulative effect of years of exposure to cigarette smoke and other lung irritants.

-Gender: Men are more likely than women to develop centrilobular emphysema, again due to their increased exposure to cigarette smoke and other lung irritants.

There are several possible complications of centrilobular emphysema. The most common is difficulty breathing, which can be caused by the lungs being unable to expand properly. This can lead to a build-up of carbon dioxide in the blood and an inability to get enough oxygen into the bloodstream. Additionally, centrilobular emphysema can lead to respiratory failure and even death. In some cases, it may also be associated with heart problems or an increased risk of developing pneumonia.

The prognosis of centrilobular emphysema is not well understood. The condition is often asymptomatic and does not progress to severe lung disease. However, a small percentage of patients with centrilobular emphysema may develop progressive lung damage and shortness of breath. Treatment is typically focused on managing the underlying cause of the emphysema, such as smoking cessation or treatment of chronic bronchitis.