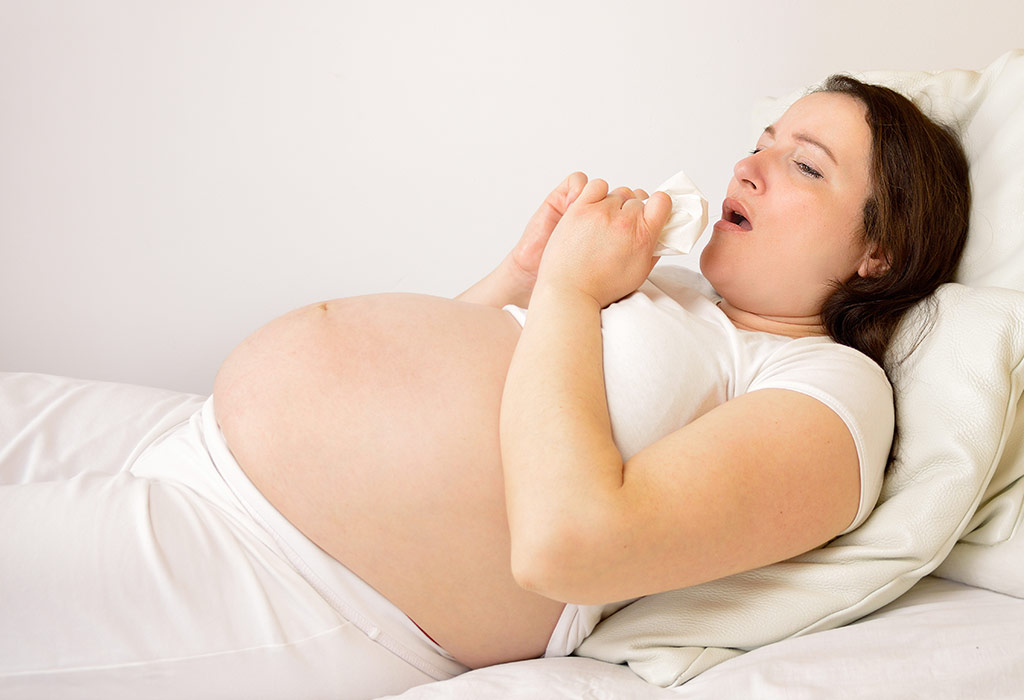 During pregnancy, bronchitis is an inflammation of the air passages that connect to the lungs. This condition can cause coughing and difficulty breathing. Bronchitis while pregnant is usually caused by a virus, but it can also be caused by bacteria or other irritants. In most cases, bronchitis during pregnancy is mild and does not require treatment. However, severe bronchitis may require antibiotics or other treatments.

The most common cause of bronchitis during pregnancy is a viral infection. Other causes include bacterial infections, environmental irritants, and certain medications.

During pregnancy, the symptoms of bronchitis can be different than they are for non-pregnant people. Pregnant women may experience more shortness of breath, coughing, and wheezing. They may also have a fever and chest pain. It is important for pregnant women to see a doctor if they think they have bronchitis, as it could be a sign of a more serious problem like pneumonia.

There are a few tests to diagnose bronchitis during pregnancy. A physical exam will be done to check for signs of bronchitis, such as coughing and wheezing. Your doctor may also listen to your lungs with a stethoscope. To rule out other conditions, you may need a chest X-ray or blood test. If you have bronchitis, your doctor will likely prescribe antibiotics and cough medicine. You should also rest and drink plenty of fluids.

Bronchitis is a common respiratory condition that can occur at any age. While it is usually not serious, bronchitis can be more severe in pregnant women. Pregnant women with bronchitis should seek medical treatment to ensure that the condition does not progress to a more serious respiratory infection.

There are several treatments available for bronchitis, and the best course of treatment will depend on the severity of the condition. For mild cases of bronchitis, over-the-counter medications may be sufficient to relieve symptoms. However, pregnant women should consult with their doctor before taking any medication, as some medications are not safe for use during pregnancy.

For more severe cases of bronchitis, antibiotics may be necessary to clear the infection. In some cases, oral steroids may also be prescribed to reduce inflammation in the airways.

Home remedies for bronchitis during pregnancy include staying hydrated, resting, and using a humidifier. Drinking plenty of fluids helps thin the mucus in your lungs, making it easier to cough up. Resting gives your body the energy it needs to fight off the infection. A humidifier adds moisture to the air, which can help loosen mucus and make breathing easier.

One of the best ways to prevent bronchitis during pregnancy is to get the flu vaccine. The flu vaccine is safe for pregnant women and their babies and can help protect them from the flu, which can lead to bronchitis.

Pregnant women should also take care to wash their hands often and avoid touching their faces. This will help to prevent the spread of germs that can cause bronchitis.

Additionally, pregnant women should avoid smoke or being around smokers as smoke can irritate the lungs and lead to bronchitis.

There are a few possible risk factors for bronchitis during pregnancy. One is that the expectant mother may be more susceptible to catching a cold or other respiratory infections due to changes in her immune system. Additionally, pregnancy can cause congestion in the chest and lungs, which can lead to bronchitis. Another factor is that smoking cigarettes can greatly increase the risk of developing bronchitis, both during pregnancy and afterward. Finally, exposure to secondhand smoke and other environmental pollutants can also contribute to the development of bronchitis.

During pregnancy, bronchitis can pose a serious threat to both the mother and child. If left untreated, bronchitis can lead to pre-term labor, low birth weight, and even stillbirth. In severe cases, pneumonia may develop, which can be fatal. While most cases of bronchitis are mild and can be treated at home with rest and fluids, it’s important to see a doctor if you think you may have bronchitis. Early diagnosis and treatment are crucial to preventing serious complications.

It’s important to see a doctor if you think you have bronchitis, especially if you’re pregnant. Bronchitis can lead to complications like pneumonia, which can be dangerous for both you and your baby. If you’re experiencing symptoms like a cough, shortness of breath, or chest pain, make an appointment with your doctor right away.

Bronchitis during pregnancy can be a serious problem for both the mother and the baby. It is important to get early treatment to avoid complications. With proper care, most women will recover from bronchitis without any problems.