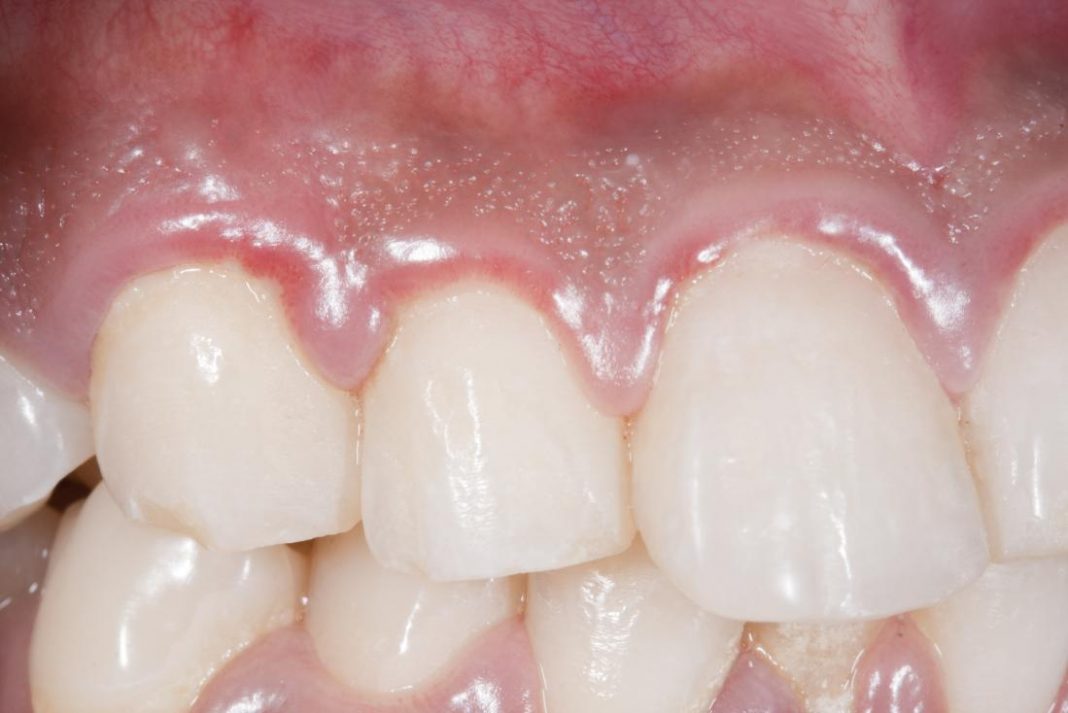 Swollen gums, also called gingival enlargement, is a condition in which the gums surrounding the teeth become abnormally large. This can cause the teeth to appear longer than usual. Swollen gums can be caused by a number of factors, including pregnancy, certain medications, gum disease, and poor dental hygiene. Treatment for swollen gums depends on the underlying cause. In most cases, home care measures such as brushing and flossing twice daily and using an antibacterial mouthwash can help reduce swelling. If these measures don’t improve the condition, you may need to see a dentist or oral surgeon for more aggressive treatment.

Swollen gums are a common problem that can be caused by a number of things, including gingivitis, plaque, infection, and hormonal changes.

Gingivitis is an inflammation of the gums that is usually caused by a buildup of plaque. Plaque is a sticky film of bacteria that forms on the teeth. If plaque is not removed, it can harden and turn into tartar. Tartar can irritate the gums and cause them to become swollen and inflamed.

Infection can also cause swollen gums. Gum infections are usually caused by bacteria that enter the gum tissue through a break in the tissue. This can happen after you have dental work done or if you have an injury to your gum. Infections can also be caused by viruses or fungi.

Swollen gums, also called gingival swelling, is a common condition in which the gums become inflamed and tender. The condition is often caused by plaque buildup on the teeth, which can lead to gingivitis (inflammation of the gums). Swelling and inflammation are the main symptoms of swollen gums. Other symptoms may include bleeding gums, bad breath, pain when chewing, and gum recession. Treatment for swollen gums typically involves removing the plaque from the teeth and improving oral hygiene. In some cases, antibiotics may be necessary to clear the infection.

There are a few different tests that can be done in order to diagnose swollen gums. A dentist or doctor will likely take a look at the person’s mouth and ask about any symptoms they may be experiencing. They may also gently press on the gums to see if they are tender.

Another test that can be done is called periodontal probing. This involves using a small tool to measure the depth of the pocket between the gum and tooth. If the pocket is deeper than it should be, it could be a sign of gum disease. X-rays can also be taken to check for bone loss around the teeth, which can be another sign of gum disease.

There are a few things you can do at home to ease the discomfort of swollen gums. Rinse your mouth with a saltwater solution a few times a day. You can make this solution by mixing 1 teaspoon of salt in 8 ounces of water. Another home remedy is to chew on sugar-free gum to increase saliva flow and reduce inflammation.

If home remedies don’t provide relief, see your dentist. Your dentist may prescribe antibiotics or pain medication. He or she may also recommend that you use a specific toothpaste. If you have diabetes, you may be prescribed a special mouthwash to help control the effects of high blood sugar.

Swollen gums are a common oral health problem, but there are ways to prevent them. Good oral hygiene is the best way to prevent swollen gums. Brush your teeth twice a day and floss at least once a day. Be sure to visit your dentist regularly for cleanings and checkups.

If you have swollen gums, there are some things you can do at home to help relieve the pain and swelling. Rinse your mouth with warm salt water several times a day. You can also try using an over-the-counter mouthwash or toothpaste designed for sensitive gums. If home remedies don’t seem to be helping, talk to your dentist about other options.

If you have swollen gums, it is important to see a dentist or periodontist so that the cause can be determined and treated accordingly.

If you’re experiencing swollen gums, it’s important to see a dentist as soon as possible. While swollen gums can be caused by a number of different things, including gum disease, allergies, and even pregnancy, they can also be a sign of something more serious.

In most cases, swollen gums are nothing to worry about and can be treated with home remedies like salt water rinses and over-the-counter medication. However, if your gums are persistently swollen or painful, it’s important to see a dentist to rule out any underlying dental or medical conditions.