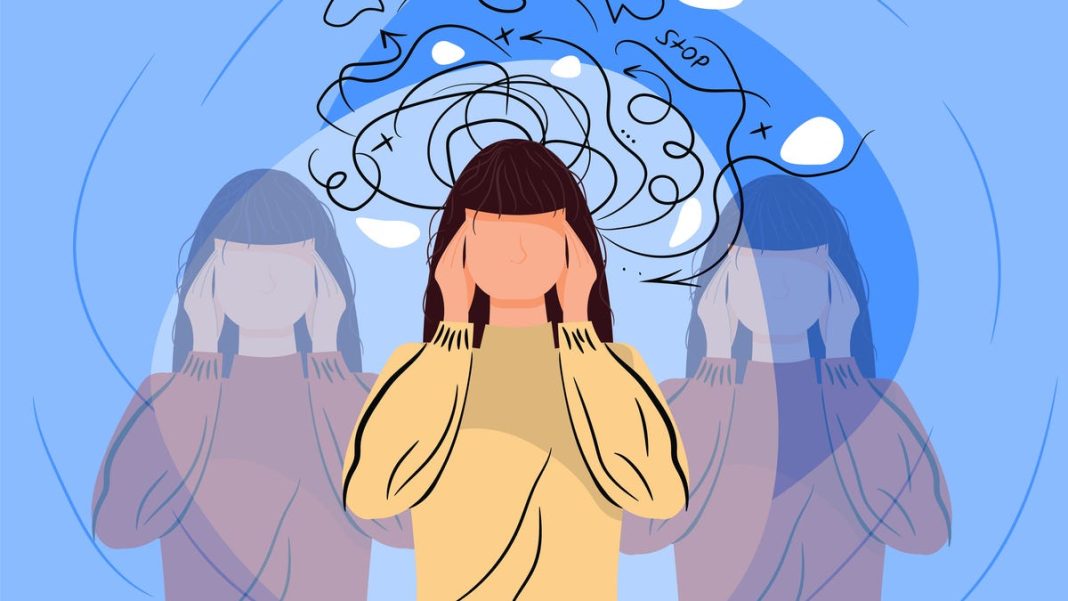 There are many possible causes of borderline personality disorder (BPD). Some research suggests that genetics may play a role. Other studies have found that people with BPD are more likely to have a history of child abuse or neglect. Additionally, brain abnormalities have been found in some people with BPD.

While the exact cause of BPD is not known, there are several potential contributing factors. Genetics may play a role in the development of BPD, as the disorder is more common in people who have a family member with the condition. Additionally, people with BPD are more likely to report a history of childhood abuse or neglect. This trauma may contribute to the development of BPD by affecting the way the brain develops and functions. Brain abnormalities have also been found in some people with BPD, which suggests that there may be a neurobiological component to the disorder.

Borderline personality disorder (BPD) is a mental illness that is characterized by impulsivity, instability, and intense emotions. People with BPD often have difficulty regulating their emotions, which can lead to impulsive and self-destructive behaviors. BPD can be a very debilitating disorder, but there are treatments available that can help people manage their symptoms.

Symptoms of BPD can vary from person to person, but there are some common patterns. Many people with BPD experience intense mood swings, which can last for days or weeks at a time. They may also have difficulty controlling their anger, and they may engage in risky or self-destructive behaviors such as spending sprees, unsafe sex, substance abuse, or self-harm. People with BPD often feel empty or alone, and they may have difficulty forming close relationships.

A diagnosis of borderline personality disorder is generally made by a mental health professional after a thorough evaluation. The evaluation may include a physical exam, lab tests, and interviews with the person and people who know him or her well.

A borderline personality disorder is a complex condition that can be difficult to diagnose. There are no laboratory tests that can diagnose the disorder, so the diagnosis is based on symptoms and behaviors.

The most important part of the diagnosis is the interview with the person. The mental health professional will ask about family history, past medical history, symptoms, and current stressors. He or she will also want to know how the person feels about himself or herself and whether there are any suicidal thoughts or plans.

There are many different treatment options for borderline personality disorder (BPD). While there is no one-size-fits-all approach, treatment typically involves a combination of medication, therapy, and support from family and friends.

Medications such as antidepressants and mood stabilizers can help to regulate emotions and impulsive behavior. Psychotherapy such as dialectical behavior therapy (DBT), mentalization-based therapy (MBT), schema-focused therapy, and transference-focused psychotherapy (TFP) can provide skills to manage emotions and relationships, as well as help, reduce stress. Support from family and friends is also an important part of treatment, as it can provide a sense of stability and help to prevent further isolating behavior.

The effects of BPD on sufferers and those around them

It’s estimated that 1.6% of the population suffers from a borderline personality disorder (BPD), making it one of the most common mental illnesses. BPD is a serious condition that’s characterized by impulsivity, unstable relationships, and self-destructive behavior.

People with BPD often have a difficult time managing their emotions and may engage in risky or self-destructive behaviors, such as substance abuse, self-harm, or impulsive spending. These behaviors can be extremely damaging to both the person with BPD and those around them.

BPD can be incredibly isolating, both for the sufferer and for their loved ones. It can be difficult to watch someone you care about struggle with such intense emotional turmoil. But it’s important to remember that BPD is a real mental illness that requires treatment.

It’s estimated that 1.6% of the population lives with a borderline personality disorder. Those with BPD often have a hard time maintaining healthy relationships due to their intense emotions and impulsivity. If you’re living with BPD, you may feel like you’re on a roller coaster of highs and lows.

But it is possible to live a fulfilling life with BPD. With the help of therapy and medication, many people with BPD are able to manage their symptoms and lead happy productive lives. If you’re struggling with BPD, know that you are not alone and there is help available.

Borderline personality disorder (BPD) is a mental illness that affects about 1.6% of adults in the United States. Despite its relatively low prevalence, BPD is associated with a number of serious complications. These include an increased risk of suicide, self-harm, and other forms of violence; difficulties in maintaining relationships; and problems with work, education, and housing.

While there is no one-size-fits-all approach to treating BPD, various treatments – such as medication, therapy, and support groups – can be effective in managing symptoms and helping people with BPD live happy and fulfilling lives.

If you or someone you know is struggling with BPD, know that help is available. With the right treatment plan, people with BPD can learn to manage their symptoms and lead happy healthy lives.