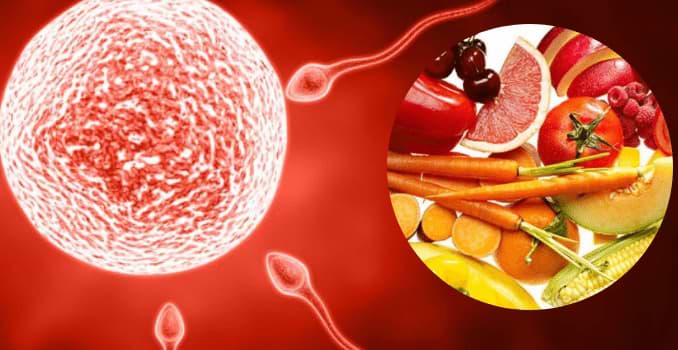 One of the many factors that affect male fertility is diet. A study published in “Fertility and Sterility” found that men who followed a healthy diet had 25% higher sperm counts than men who didn’t. The study also found that men who ate a lot of processed meat had lower sperm counts than those who didn’t. A healthy diet to increase sperm count in men includes some foods that are good for sperm health including fruits, vegetables, nuts, and whole grains.

Diet can be a major factor in sperm count. Poor diet choices can lead to obesity, which is known to decrease sperm count and motility. Sperm count is also lower in men who eat a lot of soy products. Men who consume too much caffeine or alcohol may also have lower sperm counts. Eating a healthy diet full of fruits and vegetables, lean protein, and whole grains is the best way to maintain a healthy sperm count. So, here we are introducing five healthy diets which help increase of sperm count.

A recent study found that the Mediterranean diet is linked with better sperm quality. Researchers analyzed the diets of more than 2,000 men and found that those who ate a Mediterranean-style diet had a higher sperm count and a lower rate of abnormal sperm than men who didn’t follow the diet.

The Mediterranean diet is rich in fruits, vegetables, whole grains, fish, and olive oil. It’s low in red meat and processed foods. Previous studies have linked this healthy way of eating with a reduced risk of heart disease and cancer.

The findings suggest that the Mediterranean diet may help to maintain a healthy sperm count and improve fertility.

There are many different reasons why people may choose to go vegan. Some do it for ethical reasons, while others do it for health reasons. The vegan diet has been shown to be beneficial for a variety of health conditions, including heart disease, diabetes, and cancer. Recently, some research suggests that the vegan diet may also benefit sperm count.

A study published in the journal Nutrients found that men who followed a vegan diet had a 34% higher sperm count than those who followed a meat-eating diet. The study also found that the vegan group had a 41% lower percentage of abnormal sperm than the meat-eating group. While more research is needed to confirm these findings, this research suggests that the vegan diet may benefit sperm health.

There is a new diet that is being talked about in the health and fitness world: the low-carb diet. This diet has been shown to help people lose weight, lower their blood sugar levels, and improve their cholesterol levels. Now, there is evidence that this diet may also help improve sperm count and quality.

When it comes to diet and fertility, there’s a lot of information out there that can be confusing. Some diets are said to improve fertility, while others may actually hurt your chances of conceiving. The ketogenic diet is one that has been shown to improve sperm count in men.

The ketogenic diet is a high-fat, low-carbohydrate diet that has been shown to be beneficial for a variety of health conditions. It involves consuming foods that are high in healthy fats and low in carbohydrates. When followed correctly, the ketogenic diet can help you lose weight, improve your mental clarity, and boost your energy levels.

A diet that is based on the types of foods that humans ate during the Paleolithic era may help to improve sperm quality and fertility, a recent study suggests.

The study, which was published in the journal Human Reproduction, looked at the effects of a Paleolithic-type diet on sperm quality and found that men who followed the diet had significantly better sperm quality than those who did not.