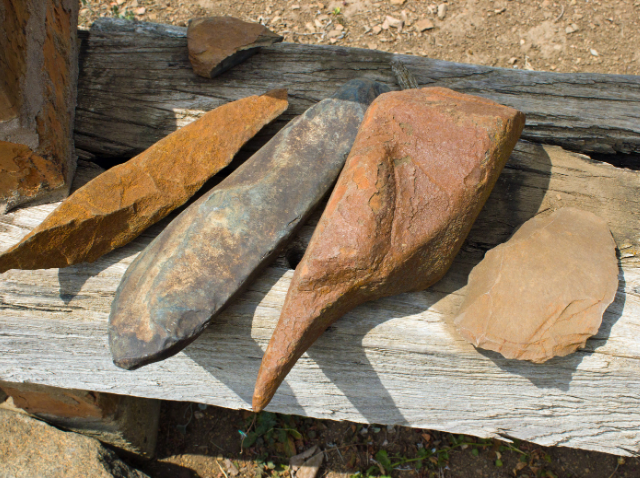 The West Turkana Archaeological Project is a long term multidisciplinary scientific project conducted on the western shores of Lake Turkana in northern Kenya and has had a significant hand in uncovering and revealing the rich sites of the stone tools gifted by our ancestors and fossilized bones of the human body from almost more than 700,000 years ago. A study by the team of Healthroid showed that, the west Turkana Archaeological project’s main aim is to discover evidence of early man emergence and rebuild the orbit in which these early humans laid and to study the behavioral evolution and adaptation of these early ancestors. The discovery of the excavation of the world’s oldest stone tools yet has left the archeologists of northwestern Kenya – in a loop.

Team members of the West Turkana Archaeological project are as follows: do not forget the support team who have been the backbones for these members.

Field Challenges Faced by the Team

Doing remote fieldwork in east Africa is associated with many challenges. West Turkana in Kenya, being an isolated area, is more challenging to work in, as said by the west Turkana archaeological project team. Presuppose all of the items that you simply would need to travel safely for a month that can be an arrangement of water, shelter, food, tools, fire, medical supplies, and an influence source could be the fundamentals. Now imagine arranging all the above necessities for a camp of 15 working scientists in an isolated place like west Turkana, which is 2 hours away from the nearest town, with nearly 35 degree Celsius heat, rough terrain, potentially dangerous wildlife, and no telephone network to believe. This gives you an insight into the operational challenges that the west Turkana Archeological project team faces each season, without mentioning scientific challenges that may add up.

Before the team conducts any scientific exploration, the support team is already searching for drinking water sources, collection of twigs, raw materials for the preparation of food, a petrol station for the vehicles, and setting up of a science and medical tent and a mini kitchen. All of the above challenges are in addition to the necessities required by the team.

It is next to impossible to spend an entire day in those dry fields while also managing the camp and preparing food and a constant supply of filtered drinking water that is needed to keep the team sustained. The team mostly relies on the local citizens of Turkana for the above necessities and other Kenyans, who help them with both keeping the camp and equipment and ensures the smooth and peaceful functioning of the team.

The Turkana people who colonize the west Lake Turkana in Kenya speak in the eastern Nilotic language called Turkana and are also known as semi-nomadic herdsmen. People there like to call themselves Nijturkana and their land Turkan. They wrap themselves in woven clothes and animal skin to protect their body, although people living in cities have adopted western styling of clothes. Turkana being one of the isolated dry and dusty land, makes it very difficult for the people residing there to perform occupations like farming and rely totally on pastoralism, that is, animal herding to make a living. Anyways people in Turkana have replaced the traditional method of herding cattle with Agro-Pastoralism. They lean to animals like goats, sheep, and camels for protein foods such as milk, meat, and blood products, which are also used as currency to exchange goods and dowries, and people in Turkana like consuming meat roasted form and is also their specialty. They also rely on the Turkwel River and Kerio River. As the flood, they extend onto making riverbeds which lead to emerging of open-pit wells. The water stored in these pit wells is used for livestock as well as humans. They strictly follow their tradition and firmly believe that following their rule in daily life will lead them to the blessings of their ancestors and god (AKUJ). The religion they follow is known as Ngitalio. In Turkana, livestock means Interaction between the neighborhoods and also leads to battles within the people. Therefore this place needs more recognition and help, and then West-Turkana Archaeological Project team has considerable involvement in it.

Archeology is studying past human behavior through the systematic recovery and analysis of cloth remains or objects. These objects, called artifacts, are often as small as a button or large building. Either large or small, they’re the evidence of past cultures. These artifacts are proof of these before us and function as a physical connection to our past. This is the exact reason why the west Turkana Archaeological Project has come up to discover the earliest traces of early human’s technology. The most recent project lead to the discovery of a 3.3 million years old site of lomekwi 3. These discoveries are a profound contribution towards the scientific understanding of when, how, and why humans evolved within the great African valley.

In the year 2010, Alemseged and his project team reported fascinating research at Dikika in Ethiopia. The team observed scares on bones from 3.4 million years ago, when Australopithecus afarensis, an ape-like beastie — an equivalent species of the famous fossil called Lucy — roamed eastern Africa. This intimidated at earlier construction of rock tools.

Aware of the disputation, a team led by Sonia Harmand from Stony Brook University in New York found the tools in Kenya, near Lake Turkana. It’s a neighborhood that’s yielded numerous fossils and tools from early humans. Someone began chipping away at a rock by the side of a river almost 3.3 million years ago. Eventually, this chipping formed the rock into a tool used to organize meat or crack nuts. And this technological feat occurred before humans even showed abreast of the evolutionary scene.

This discovery is vital because the standard view for many years was that the earliest stone tools were made by the primary members of Homo, both dating to around 2.4 to 2.6 million years ago, Dr. Sonia Harmand. “The idea was that our lineage alone took the cognitive leap of hitting stones together to cross out sharp flakes, which this was the inspiration of our evolutionary success.” stated the team.

The stone tool experts who’ve seen the tools say they require the markings of a process called “knapping.” Knapping can be a touch of two stones that produce flakes that may have sharp edges and are used for chopping nuts, meat, and working of the plant. These flakes are often distinguished from present pieces of rock. Flakes are chipped from the characteristic marks on the rock known as knapping.

Going back to 2011, a team of 3, including Jason lewis, co-author Sonia horm, and lewis’s wife, were involved in guiding a field expedition for the west Turkana Archaeological Project in Kenya. The grave Leakey’s group, years earlier, had discovered 3.5 million years old species, and the team was trying to find artifacts similar to them.

The researchers landed upon a dried river ravine location known as Lomekwi 3, as they had by mistake taken a wrong route and hence observed the unique pattern of stones that led to the west Turkana Archaeological Project. “To us, it was immediately an exciting area,” notes Harmand, “with outcrops and erosive cuts, you’ll see what was generally treasured by the residue.” So, they dispersed and started examining. As mentioned above, the researchers spotted a pattern of strange stones protruding from the sediment stated through a radio call just after the team had a tea break. Scars dug into the stones and placed them aside from run-of-the-mill rocks. “You can tell these scars are organized,” says Harmand. The rocks were struck against each other to separate flakes, which is known as a process of knapping. The artifacts seemed to be approximately 2.7 million years old, as stated in the geological records. “We had no champagne that evening, but we were delighted,” Harmand recalls.

Sharp-edged tools of dimensions six inches long and six and a half pounds heavy, including 149 artifacts found at the site and flakes that were struck far away from the tools and rocks that would have helped serve as anvils – were found by the end of their digging.

The evaluation of these artifacts is done by analyzing the magnetic minerals all around the layers of rocks found at artifacts’ locations. The artifacts that do not contain carbon are evaluated by using a pale magnetism technique. The minerals act as a sort of “magnetic tape machine,” reflecting the periodic changes within the Earth’s field of force.

“We are often fairly certain it had been a member of our lineage and not a fossil pongid , as modern apes haven’t been seen knapping stone tools within the wild,” Dr. Jason Lewis.

“The Lomekwi tools are sophisticated enough that they’re likely not from the primary time a hominin tried to knap a stone tool,” Dr. Harmand said “We think there are older, even more, rudimentary stone tools out there to be found, which we are getting to be trying to seek out them over the approaching field seasons.”

The method used by the early humans who made the Oldowan tools is different as compared to modern techniques, where they first placed a rock in each hand and then strike them in conjunction with needed power and a correct angle. To use this technique, we require proper skills and expertise.

Kenyanthropus platyops is a species found by the meave Leakey group is one of the prime suspects. Anyway, Jason Lewis and Sonia Harmand aren’t precluding the subsistence that once these tools were inhabited and made by the unknown species of the Homo Erectus. “That’s a particular but equally interesting story, during which our genus evolved half 1,000,000 years before, and in response to completely different natural selective pressures than we currently think,” says Lewis.

The foundation of these tools would have been an outcome of a person’s enthusiasm to strike these rocks at each other, which is yet a mystery.

Method of evaluating the stone–

Previous articlePimple Popping: How to Perform It When You’re Not an Expert
Next articleVitamin A: Benefits, Recommended Intake, Deficiency, & More