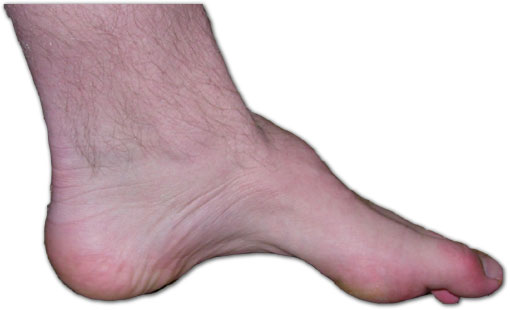 Inherited mutations in a gene that keeps nerve cells intact was shown, for the first time, to be a driver of a neuropathy known as Charcot-Marie-Tooth (CMT) disease. This finding is detailed in a study led by researchers in the Perelman School of Medicine at the University of Pennsylvania, which published in Neurology® Genetics, an official journal of the American Academy of Neurology.

The findings, thanks to siblings treated at Penn since the late 1980s, present a clearer picture of the disease’s genetic underpinnings that could inform the development of gene therapies to correct it.

The mutations in the gene known as dystonin (DST) add to a growing list of malfunctions found to cause their type of CMT, known as CMT2, which is defined by the loss of the nerve fibers, or axons, in the peripheral nerve cells. The researchers also showed that these mutations affect two key protein isoforms, BPAG1-a2 and BPAG1-b2, that are involved in nerve fiber function. Mutations in other isoforms of the same protein were previously tied to a blistering skin disease.

Neuropathies are common, occurring in nearly half of all diabetic patients, while hereditary neuropathies affect nearly one of out of 2,000 people. CMT is a debilitating neurodegenerative disorder that usually strikes in the second or third decade of life, and leaves patients with numbness and weakness in the hands and feet, among other neurological-related conditions.

There are more than 100 mutations found to be associated with CMT, with likely many more out there. Past studies from Penn researchers have identified some of these mutations by studying patients treated at Penn Medicine.

“We are determined to fill in the blanks of this giant jigsaw puzzle,” said senior author Steven S. Scherer, MD, PhD, a professor of Neurology. “This latest paper is but one of many examples of where breakthroughs have happened between patients and the doctors at Penn and the support of different organizations and institutions to bring it all together.”

The researchers applied whole exome sequencing to analyze the more than 30 million base pairs of DNA that encode the 20,000 proteins in humans. By examining three siblings—two affected and one unaffected—the researchers were able to deduce the genetic basis of mutations that caused the two siblings to be affected.

Backed by a mouse model from past studies showing a role of dystonin in neuropathies, the researchers identified two recessive mutations on the DST gene, each received from a biological parent, as the culprit. Together, the two mutations in the affected siblings disrupt the BPAG1-a2 and BPAG1-b2 isoforms, the researchers found, which weakened their axonal health. The DST gene gives rise to proteins that regulate the organization and stability of the microtubule network of sensory neurons to allow for transport of different cellular material along the nerve fibers.

“We have collaborated with this family for 30 years, and now we finally have an answer,” Scherer said, “and the answer was a new genetic cause of neuropathy.”

The findings put the field steps closer to developing new targeted therapeutics as well as CMT gene therapies designed to replace missing genes or correct mutations driving the disease. Clinical trials to investigate these latest mutations and others are not far off in the future, the researchers believe, particularly at an institution like Penn, which is home to the second largest clinic for CMT patients in the country and well-known for its gene therapy program.

“We are in the era where treatments for genetic diseases are possible,” Scherer said. “This brother and sister stand to benefit from that approach because we know the gene that is missing, and if we could replace it, that should at least prevent their progression.”

Vegan Diet Food: Its Advantages and Disadvantages For Your Health

To Stay Fit, Dancing and Jumping Rope Are Also Beneficial Like Exercising, Know How

5 Exercises to Get Rid of Knee Pain Immediately

3 Ways to Get Glowing Skin in this Lockdown

To be updated with all the latest news, offers and special announcements.