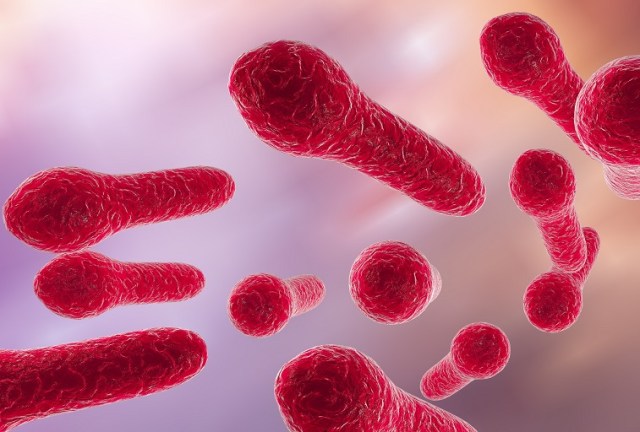 Tetanus also known as lockjaw is a severe infection that affects the nervous system. It can cause muscle spasms, seizures, and death. Tetanus is caused by a bacteria called Clostridium tetani. The bacteria usually enter the body through a wound. Tetanus is more common in developing countries where vaccination rates are low. Treatment for tetanus includes antibiotics and supportive care.

Tetanus is a serious bacterial infection that can cause muscle spasms, seizures, and death. The bacteria that cause tetanus, Clostridium tetani, are found in soil, dust, and manure. They enter the body through cuts or wounds and produce a toxin that affects the nervous system. Tetanus is uncommon in developed countries like the United States, but it still occurs occasionally. People who have not been vaccinated or who have not had a booster shot in 10 years are at risk for tetanus.

Tetanus is a serious condition that can cause muscle spasms and death. It’s important to know the symptoms of tetanus so you can get treatment as soon as possible.

The most common symptom of tetanus is muscle spasms. These usually start in the jaw and can spread to other parts of the body. Other symptoms of tetanus include:

-Stiffness in your jaw

Tetanus is a serious bacterial infection that can cause muscle spasms, seizures, and death. Early diagnosis and treatment are essential for the best possible outcome. The physical exam, vaccination history, and laboratory tests are key in making a diagnosis of tetanus.

The physical exam for tetanus usually includes looking for muscle spasms, muscle rigidity, and pain, and assessing the patient’s overall health. The vaccination history is also important in diagnosing tetanus. If the patient has not been vaccinated against tetanus, they are more likely to develop the disease. Laboratory tests can also be helpful in diagnosis, as they can detect the presence of the bacteria that causes tetanus.

Tetanus is a serious infection that can cause muscle spasms, lockjaw, and paralysis. It’s important to seek medical help immediately if you think you may have tetanus. There are several treatment options available for tetanus, including:

– Antibiotics: Antibiotics can help to kill the bacteria that cause tetanus. They are usually given through an IV (intravenous) line in a hospital setting.

– Immunoglobulin: This is a special protein that helps to boost your immune system. It is also given through an IV line in a hospital setting.

Tetanus is a serious bacterial infection that can cause severe muscle spasms and death. The best way to prevent tetanus is to make sure you are up-to-date on your vaccinations. The bacteria enter the body through cuts, scratches, or puncture wounds. So it is also important to clean wounds immediately and properly to prevent tetanus.

Tetanus is a serious bacterial infection that can cause severe muscle spasms, lockjaw, and death. The bacteria that cause tetanus are found in soil, dust, and manure. They can enter the body through cuts, scratches, or puncture wounds. Tetanus is most common in developing countries where immunization rates are low.

Complications of tetanus include broken bones, pulmonary embolism, the problem with breathing, pneumonia, and death. Broken bones may occur due to muscle spasms caused by tetanus. Pulmonary embolism is a potentially life-threatening complication of tetanus that occurs when a blood clot lodges in the lung. The problem with breathing can occur when the muscles used for breathing become paralyzed by tetanus. Pneumonia is a serious complication of tetanus that can lead to death.

While tetanus is rare in the United States, it’s important to know when to see a doctor if you think you may have contracted the disease. Tetanus is caused by a bacterial infection and can lead to serious health complications, including death.

Symptoms of tetanus include muscle stiffness, headache, fever, and sweating. If you experience any of these symptoms, it’s important to seek medical attention immediately. Tetanus is a medical emergency and requires prompt treatment.

Tetanus is usually treated with antibiotics and a booster dose of the tetanus vaccine. In some cases, hospitalization may be necessary. If you think you may have tetanus, it’s important to seek medical care right away.

Tetanus is a disease that affects the nervous system and can be fatal. It is caused by a bacterium called Clostridium tetani, which is found in soil and manure. The disease usually occurs after a wound has been contaminated with dirt or feces. Tetanus can also occur after surgery, childbirth, or injection drug use. The symptoms of tetanus include muscle spasms, stiffness, and seizures. If left untreated, the disease can cause death. There are two types of tetanus: localized and generalized. Localized tetanus occurs when the infection is limited to one area of the body, such as a wound. Generalized tetanus occurs when the infection spreads throughout the body. Treatment for tetanus includes antibiotics and vaccination with the tetanus toxoid vaccine.