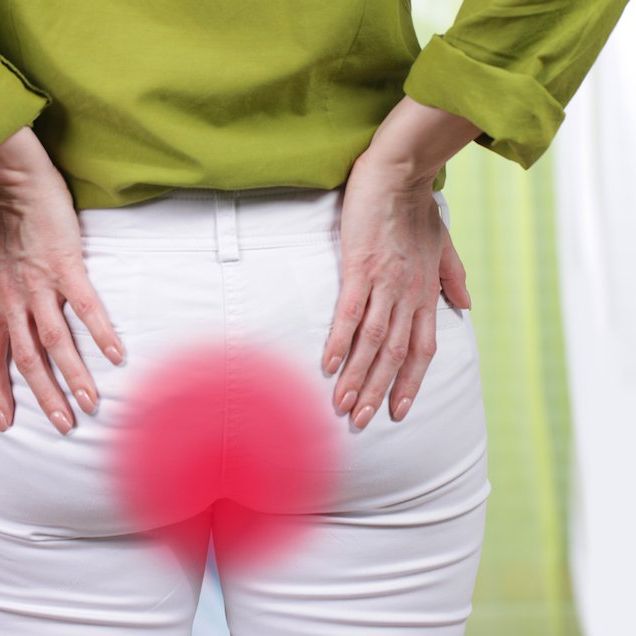 Hemorrhoids are swollen veins in the anus and lower rectum. They’re usually caused by straining during bowel movements, pregnancy, and childbirth. Other causes include obesity, prolonged sitting, and chronic diarrhea. Hemorrhoids can be uncomfortable. They may bleed during and after a bowel movement. Sometimes blood may pool in external hemorrhoid and form a clot (thrombosed hemorrhoid).

There are a few different things that can cause hemorrhoids, but the most common is straining during bowel movements. This can happen if you’re constipated and are trying to force a stool out, or if you have diarrhea and your stool is moving too quickly through your intestine. Other things that can lead to hemorrhoids are pregnancy, being overweight, and sitting on the toilet for long periods of time.

There are several tests that can be used to diagnose hemorrhoids. The most common test is a visual inspection of the anus and rectum. This can be done with a mirror or by using a special instrument called a sigmoidoscope.

Another common test is a digital rectal exam. In this procedure, the doctor inserts a gloved finger into the rectum to feel for any abnormal bulges or lumps.

If these tests do not provide enough information, the doctor may recommend one or more of the following: anoscopy, colonoscopy, flexible sigmoidoscopy, or CT scan.

Hemorrhoids are a common condition that can be painful and uncomfortable. There are several different treatments available to help relieve the symptoms.

One of the most common treatments is over-the-counter (OTC) creams and ointments. These products can help to soothe the area and reduce swelling. Some people may also find relief from using suppositories, which are inserted into the rectum.

In more severe cases, hemorrhoids may need to be treated with surgery. This can involve removing the tissue around hemorrhoid, known as a hemorrhoidectomy. In some cases, a rubber band may be placed around the base of hemorrhoid to cut off its blood supply and cause it to fall off.

If you are dealing with hemorrhoids, talk to your doctor about which treatment option is best for you.

Hemorrhoids can be a painful and embarrassing condition, but thankfully there are things you can do to prevent them. One of the best ways to prevent hemorrhoids is to eat a high-fiber diet. This will help to keep your stool soft, which will make it easier to pass and less likely to irritate your anus. Drinking plenty of water is also important, as it will help to keep you hydrated and reduce constipation. Finally, exercising regularly can also help to prevent hemorrhoids by keeping your bowel movements regular.

There are a number of factors that can contribute to the development of hemorrhoids, including:

-Sitting on the toilet for prolonged periods of time

There are several potential complications of hemorrhoids, including:

-Anemia: This can occur if you lose a lot of blood from hemorrhoids. Symptoms of anemia include fatigue, shortness of breath, and lightheadedness.

Hemorrhoids are a common condition that can cause a lot of pain and discomfort. In some cases, they can even lead to serious complications.

The most common complication of hemorrhoids is bleeding. This can happen when the hemorrhoids become irritated and start to bleed. Bleeding from hemorrhoids can be very heavy and even lead to anemia in severe cases.

Another potential complication of hemorrhoids is thrombosis. This is when a blood clot forms inside hemorrhoid, making it even more painful and difficult to heal. If the clot becomes large enough, it could even cut off the blood supply to hemorrhoid, causing it to die.

If you have any symptoms of hemorrhoids, it’s important to see a doctor right away so that you can avoid any complications.

There are a few things to consider when thinking about whether or not to see a doctor for hemorrhoids. One is the severity of the hemorrhoids. If they are large, painful, or bleeding, it is probably a good idea to see a doctor. Another thing to consider is how long the hemorrhoids have been present. If they are recent, you may be able to treat them at home with over-the-counter medications or home remedies. However, if they are longstanding, you may need more aggressive treatment from a doctor. Finally, if you have any other symptoms that seem related to the hemorrhoids, such as anal pain or itching, you should also see a doctor so that they can rule out other potential causes.

Hemorrhoids are a common and embarrassing problem that affects millions of people each year. There are many different treatments available, but most people find relief with home remedies and over-the-counter medications. Surgery is rarely necessary.

If you’re suffering from hemorrhoids, don’t be afraid to ask for help. Your doctor can prescribe the best treatment for you, and your pharmacist can answer any questions you have about the medications you’re taking. Remember, hemorrhoids are a common condition and there’s no shame in seeking treatment.