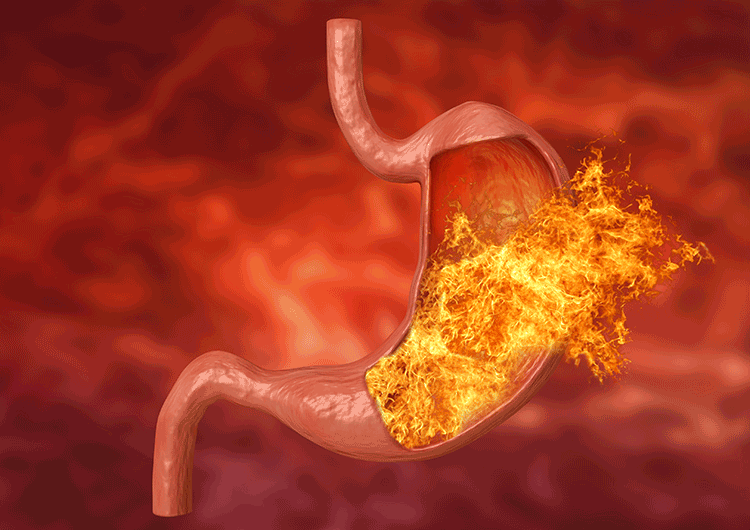 Symptoms of gastropathy vary depending on the underlying condition. Gastritis may cause pain in the upper abdomen, heartburn, nausea, and vomiting. Ulcers may cause burning pain in the abdomen, weight loss, and blood in the stool. Tumors can cause abdominal pain, bleeding, and obstruction of the digestive tract.

Treatment for gastropathy depends on the underlying condition. Gastritis is often treated with antacids or antibiotics. Ulcers may be treated with medications to reduce acid production or promote healing.

There are a few different symptoms that may point to gastropathy. One common symptom is upper abdominal pain, especially after eating. This pain may be dull and persistent, or it may come and go. Other digestive symptoms like nausea, vomiting, bloating, and indigestion can also be signs of gastropathy. In some cases, people with gastropathy also have trouble swallowing. If the condition is severe, bleeding can occur from the stomach lining into the digestive tract. This can lead to vomiting blood or having black, tarry stools. If you experience any of these symptoms, it’s important to see a doctor so that they can determine the cause and recommend treatment options.

There are many different types of gastropathy, and the diagnosis can be tricky. The most common symptoms of gastropathy are abdominal pain and heartburn. However, these symptoms can also be caused by other conditions, so it is important to see a doctor for a proper diagnosis.

Once gastropathy has been diagnosed, treatment will depend on the underlying cause.

Surgery may also be necessary in some cases of gastropathy. Surgery can be used to repair damage to the stomach lining or to remove part of the stomach if it is severely damaged.

In severe cases of gastropathy, a feeding tube may be necessary. A feeding tube is a small tube that is inserted through the nose or mouth and into the stomach.

There are several ways that gastropathy can be prevented. One is to avoid damaging the stomach lining. This can be done by avoiding alcohol, nonsteroidal anti-inflammatory drugs (NSAIDs), and tobacco. Eating a healthy diet and maintaining a healthy weight is also important.

Finally, it is important to take steps to reduce the amount of acid in the stomach. This can be done by avoiding trigger foods and beverages, such as spicy food and coffee.

There are several risk factors for gastropathy, including:

Peptic ulcer disease – This is a condition in which sores or open wounds form in the lining of the stomach or upper part of the small intestine. It can be caused by infection with the bacteria Helicobacter pylori, non-steroidal anti-inflammatory drugs (NSAIDs), or stress.

Gastroesophageal reflux disease (GERD) – This is a condition in which stomach acid flows back up into the esophagus, the tube that carries food from the mouth to the stomach. It can be caused by a faulty valve between the stomach and esophagus, pregnancy, obesity, or certain foods and beverages.

Gallbladder disease – This is a condition in which the gallbladder, which is a small organ that stores bile, becomes inflamed or infected. It can be caused by obesity, excessive alcohol consumption, or certain medications.

Bleeding from the stomach is the most common complication of gastropathy. The blood may be visible in the stool, or it may be hidden (occult). Hidden blood in the stool can be detected with a fecal occult blood test. Life-threatening hemorrhage can occur if bleeding is not controlled.

There are a few instances where you should see a doctor for gastropathy. If you have any pain in your stomach that is not relieved by over-the-counter medication, it is best to see a doctor. Also, if you have any vomiting or bleeding from your stomach, these could be signs of a more serious problem and you should seek medical attention. If you experience any weight loss or changes in your appetite, these could also be signs of a more serious issue and you should make an appointment with your doctor.